Skip to content
Home Patches and Patch Boxes 04. Things You Can Do With a Patch Box

04. Things You Can Do With a Patch Box

From early on, there is evidence that the patch box was used for things other than storing patches. Rings are quite often found mentioned, probably no surprise given the diminutive dimensions.

Keeping your eyes peeled in the vicinity of Enfield Chase in 1721, for instance, might have earnt you a guinea reward for finding ‘a Round-about Brilliant [diamond] Ring, in a Straw Patch Box’.1

Later on, in the 1770s, Horace Walpole described in a letter how he had unearthed a patch box that had belonged to his mother, ‘and which I have not opened for many years’. Inside ‘I found an exceedingly small silver collar or ring’. Not large enough for a ‘fairy’s lap dog’, it ‘was probably made for an infant’s little finger’.2

Reynolds depicts his sitter in a well-rehearsed visual formula as a gentleman of letters, antiquarian and collector. A personal note to this effect is the energetically upwardly curled print of an ancient Roman marble eagle that Walpole acquired for his collection in 1745.

His mother’s patch box mentioned here must count among the many family heirlooms connected to her that Walpole had inherited, such as a diamond-crested locket with her hair, miniatures she had owned, and watercolour drawings by her own hand.

Born in 1682, Catherine, Lady Walpole was a young girl when patching was at the height of fashion and she perhaps repurposed her patch box, once she ceased the practice later in life.

That her son found it worthy to document his encounter with his mother’s old patch box is consistent with his efforts to preserve her memory and specifically her posthumous reputation. On her death in 1737, he ordered for her tomb in Westminster Abbey a copy of the Roman goddess Pudicitia, patroness of female chastity and modesty, a statuary type already copied by Roman elite women for the promotion of their virtue. The model for his mother’s funerary statue was in his collection at the time of his own death in 1797, and perhaps also her old patch box with the curious ring she found worthwhile preserving.

One notice in the Daily Advertiser described the loss of what sounds like an item of great sentimental value. Again, the ring in question was being carried about contained in a patch box: ‘Lost on Tuesday, the 20th of October last, between Temple-Bar and St. Paul’s, an Enamel Patch-Box, with a Gold Rim and Bottom, containing a Chrystal Ring, set round with Garnets, and under the Stone a Lock of light-brown Hair, not in any Form, but put carelessly under.’3

In instances such as these, it’s not the container that holds the value but the object within. In fact, we see the patch box become a trinket box. And here’s Horace Walpole waspishly picking up on this idea as an insult: ‘If they send a patch box to Lord George Sackville, it will hold all his laurels.’4

Well connected in the highest echelons of Georgian society, Walpole was a sharp-tongued gossip.

Lord George Germain was the Secretary of State for America in Lord North’s cabinet from 1770 to 1782 and oversaw Britain’s catastrophic loss of the North American colonies. Approaching this conflict with false assumptions, a blinding dose of arrogance and ignorance, he took much of the blame.

Upon further thought, the insult about the laurels in the patch box might not only rest in their diminutive size, but also in the container perhaps being associated with a predominantly French female, or even foppish practice.

But like all bijoux containers, the best of them continued to be desirable just for themselves.

Amongst the cargo of gifts sent by Walpole to the Prince and Princess of Craon was a beautiful moss agate patch box, with which the princess was captivated. It ‘was the finest she had ever seen’.

The princess later carried it to show the Dowager Electress Palatine, who liked it ‘vastly’.5 It may have looked a little like this tiny patch box of agate and gold.

Moss agate was included in many eighteenth-century bijouterie articles such as snuff bottles and boxes, necessaires, ornamental cameos for chatelaines and ring stones. The moss agate on the lid of this lovely patch box is framed like a painting with a gilded surround. It is the opaque, milky white, creamy swirls that are the real protagonist of the box’s design.

Moss agate can be found as fragments of volcanic rock formations in India, parts of South and North America and central Europe. It owes these dark branching inclusions that deceptively resemble plant matter to its volcanic origins. Observe, for example, the branching swirls on the right of this little box that are a hallmark of moss agate. As the name captures, these patterns caused by manganese and iron oxides resemble fossilised ferns and mosses.

Perhaps it is the apparent blurring of the distinction between the organic and inorganic that was so appealing to the eighteenth-century beholder, as it is for us today. Significantly, this patch box circulated in a society that saw the rise of geological science, which offered new ways of understanding the composition and age of the Earth. Knowledge like this could expand the aesthetic appreciation of the moss agate in this patch box far beyond a fleeting moment of sensory delight to altogether different timeframes.

And, ever adaptable, patches and their boxes could be the subject of, it has to be admitted, laboured romantic verse.

These poems come from a collection published in 1724, written anonymously by ‘a young gentleman’.6 Here they are read – as they might say in the eighteenth century – for your amusement. Each plays with the idea of the patch being like a cloud before the sun, softening the eye-watering brilliance of the lady’s blinding beauty.

To Saphira, on wearing her Patches

Saphira’s Goodness with her Slaves complies,
And Patches wears in Pity to our Eyes.
Those dark’ning Spots some of that Glory hide
Which bore upon us in too full a Tide:
Yet what remains is stronger than before,
‘Tis less than e’er it was, and yet ‘tis more.
So Light through dark dividing Clouds display’d.
Receives redoubl’d Brightness from the Shade. 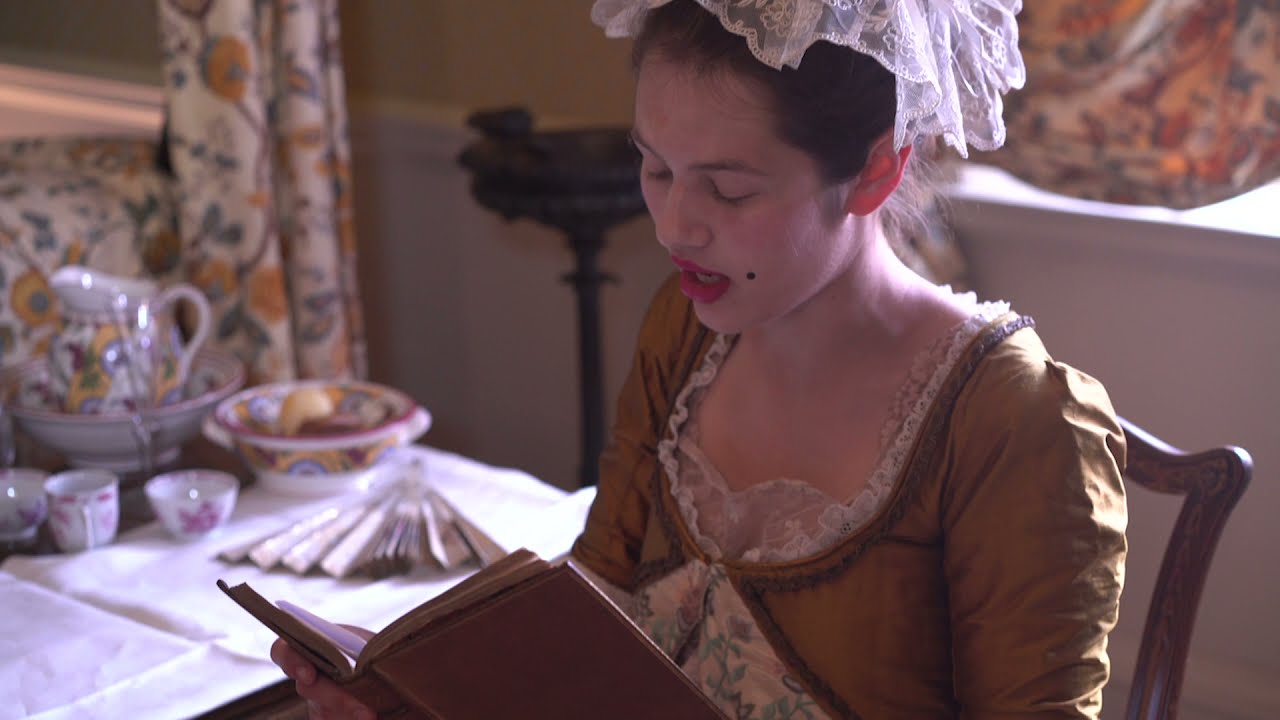 Clouds (the Sun’s Patches) lock’d in Ocean lie,
‘Till his Noon Beams command them to the Sky,
To aid our weak Capacity of Sight,
And shew his Glories sufferably bright.
The Silken Spots within this Box confin’d,
Yield equal Blessings, and relieve Mankind;
When summon’d by the well-dress’d Nymph to grace,
With jetty Beauties, her unsully’d Face;
Their temp’ring Shades in softer Lights dispose
Th’ Effulgence strong which from her Aspect flows. 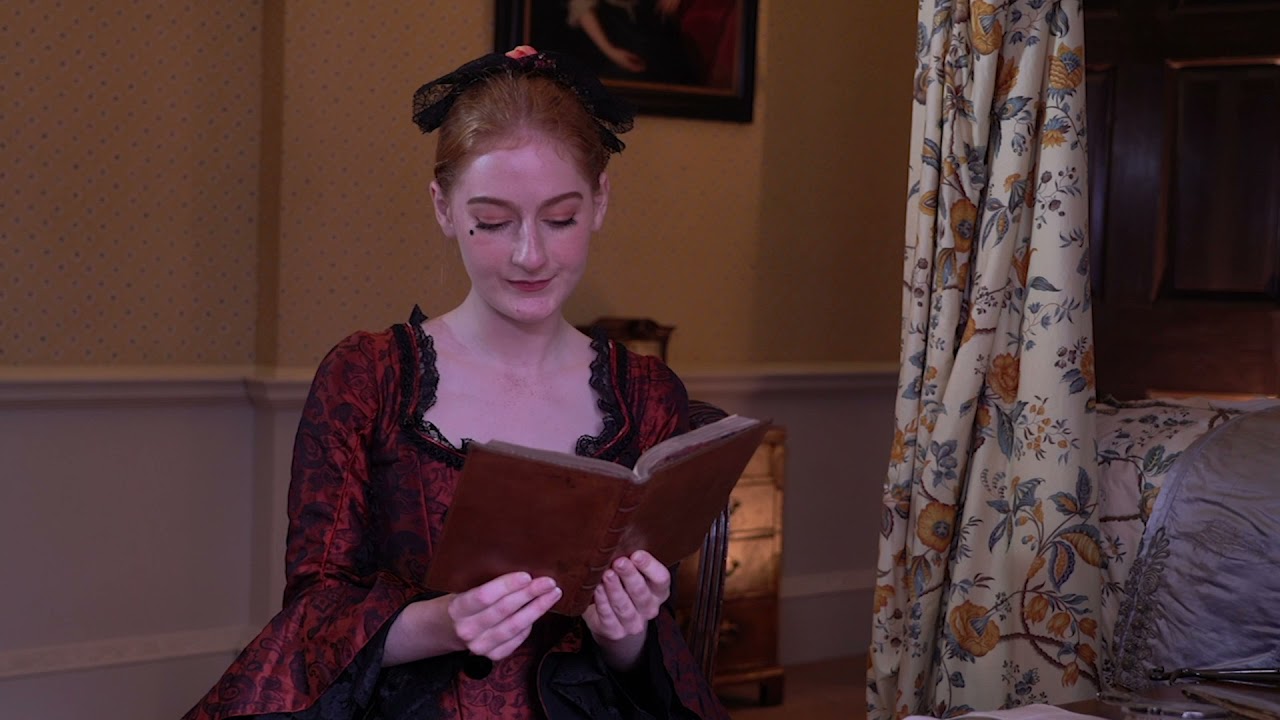 But not everyone approved of patching, and as ideas and fashions began to change, the ever adaptable box could be used to voice disapproval of cosmetic enhancements.

The motto on this lid advocates natural and moral beauty, inside and out. This was a commonly expressed sentiment, but its inclusion on a patch box nicely gestures to – and undercuts – the box’s association with patches. An object once related to beauty’s artificial enhancement is here an advocate for the no-cosmetics, natural look. The idea that true, natural beauty and moral sincerity are co-dependent is a well-rehearsed theme in European literature and originates with the Greek philosopher Plato.

The mottos of patch boxes, however, are not culled from philosophical tracts, but are well-known sayings that circulated widely. An 1816 collection of poems and amusements included the almost exact rhyme: ‘May Health paint the Cheek and Virtue the Mind’.2 And here’s a much earlier poem from 1661, reprinted in 1816, ‘To a painted lady’. It scorns cosmetics in favour of the pure, honest and natural:

‘Nature her self, her own work does
And hates all needless arts,
And all your artificial showes
Disgrace your Nat’ral parts.
You’re flesh and blood and so are we,
Let flesh and blood alone,
To Love all compounds hateful be,
Give me the pure or none.’3

The notion of humanity’s relationship with nature and the desirability of rejecting artifice became especially important during the last decade of the eighteenth century. Women closely modelled themselves on classical ideals (as depicted in Roman statues), and favoured restraint in cosmetics. A lady’s beauty was meant to look as if it was acquired from nature rather than the contents of a jar.

[6] Poems on several occasions. By a Young Gentleman (London: printed for W. Mears, at the Lamb without Temple-Bar, 1724).